ARE 401(k) PLANS ENOUGH FOR RETIREMENT? 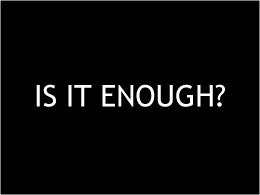 ARE 401(k) PLANS ENOUGH FOR RETIREMENT?

For many, a recent study suggests, maybe not.

“Defined contribution plans may not be enough for American retirement investors, according to a new survey,” writes Christopher Robbins in a fa-mag.com piece. “Investopedia released research suggesting that 401(k) and 403(b) plans, the most popular retirement savings accounts for U.S. workers, are not sufficient to prepare Americans for the costs of retirement.” Robbins continues:

“Fifty-two percent of the survey’s 700 respondents felt they were behind on their target savings. Of that group, 78 percent were participating in a 401(k) or 403(b) plan, according to the study.

“Only 18 percent of plan participants, and 25 percent of the respondents overall, said they receive professional advice. Respondents were more likely to receive financial education from personal finance websites, friends and family, media hosts and financial writers or financial magazines.

“The study cited a relationship between financial knowledge and a respondent’s confidence in their retirement savings plan. While 58 percent of those who call themselves novice investors said that they felt like they were behind on their savings, investors who considered themselves experts were much more likely to be ahead of their goals.

“The survey respondents consisted of employed investors over age 18 who have input into household investment decisions. The survey was conducted in January.”