A TRIP INTO “IRA-LAND” WITHOUT THE TRIP-UPS 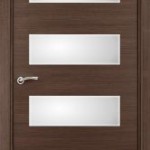 Good ideas are good ideas only if they’re executed properly and when it comes to a good financial idea such as setting up an IRA, there are definite pitfalls to be avoided. In an informative piece entitled These 5 Mistakes Can Trip Up Even Seasoned Investors. Morningstar’s director of personal finance, Christine Benz, shows that “the rules governing IRAs can get devilishly complicated. Those byzantine rules, in turn, have the potential to trip up even sophisticated investors.” The next series of blogs outlines Benz’s article on “some of the common mistakes involving IRAs,” beginning with:

“Mistake 1: Triggering an Unexpected Tax Bill with a Backdoor IRA. The so-called backdoor Roth IRA looks like a layup move for investors who earn too much to make a direct contribution to a Roth. (For 2013, single income tax filers cannot contribute to a Roth if they earn more than $127,000; married couples filing jointly cannot make direct contributions if they earn more than $188,000.) Because conversions from a traditional IRA to Roth are allowable at all income levels, the ‘backdoor’ maneuver simply means that you can contribute to a traditional nondeductible IRA and then convert to a Roth shortly thereafter. Assuming you have no other traditional IRA assets, the only income taxes due would be on any investment appreciation since you opened an IRA. (Because it was a nondeductible IRA, you already paid taxes on your initial contribution.)

“The trouble starts, however, if you have other traditional IRA assets besides your new traditional nondeductible IRA—that is, money that has never been taxed yet, such as assets rolled over from a previous employer’s 401(k) plan. In that case, the taxes due after converting the new nondeductible traditional IRA to Roth would depend on the ratio of taxable versus nontaxable money in the total IRA kitty. For example, if a 45-year-old earning $150,000 a year plows $5,500 into a traditional deductible IRA but also has an additional $200,000 in a rollover IRA—meaning that money was never taxed by his previous employer—more than 97% of his total IRA assets are taxable.”