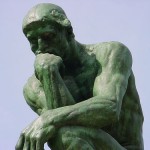 Continuing Robert Berger’s excellent US News and World Report personal-finance piece on Social Security and when to begin claiming benefits.

“Your break-even age. Life expectancy has a lot to do with when it’s best to take Social Security. As noted above, the government tries to balance Social Security payments so that whether you take them early or delay them, you’ll get about the same amount of money by age 77, an American’s current life expectancy.