AN AGE-OLD QUESTION: WHEN TO RETIRE? 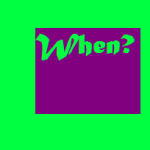 “The average age at which U.S. retirees report retiring is 62, the highest Gallup has found since first asking Americans this question in 1991,” writes Rebecca Riffkin on gallup.com. “This age has increased in recent years, while the average age at which non-retired Americans expect to retire, 66, has largely stayed the same. However, this age too has slowly increased from 63 in 2002.” Other excerpts from her piece:

“Americans’ average self-reported age of retirement has slowly moved upward. Gallup conducted several polls in the early 1990s and found that the average retirement age was 57 in both 1991 and 1993. From 2002 through 2012, the average hovered around 60. Over the past two years, the average age at which Americans report retiring has increased to 62.

“Retirement age may be increasing because many baby boomers are reluctant to retire. Older Americans may also be delaying retirement because of lost savings during the Great Recession or because of insufficient savings even before the economic downturn.

“The age at which Americans expect to retire has been consistently higher than the average age at which they actually retire since Gallup began tracking both. This likely reflects changes in Social Security eligibility as well as the more challenging economic circumstances working Americans currently face. Today’s workers are also less likely to have an employer-sponsored pension, and they may still be recovering financially from the Great Recession.

“About 30% of non-retired Americans in all age groups expect to retire before the age of 65. But 11% of 18- to 29-year-olds expect to retire before age 55, a much higher percentage than other groups. This could be because younger Americans, given the many years they have until retirement, may not understand the financial realities and challenges of funding retirement that middle-aged Americans are more familiar with.”