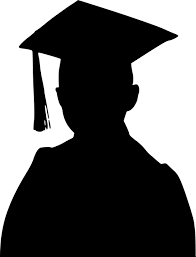 “A majority of professors fear they could outlive their retirement savings, while administrative employees are more concerned about shorter-term issues: paying off debt and meeting their monthly household expenses,” writes Doug Lederman in an insidehighered.com piece headlined The State of Personal Finance, Faculty-Staff Edition. “Those are among the results of a new survey of 1,000 employees at American colleges and universities conducted for Fidelity Investments by Versta Research. About two-thirds of the respondents work at public two-year and four-year colleges, and about a third of them were faculty members. Fidelity’s 2017 Higher Education Faculty Study asked campus workers a range of questions about their financial literacy and behavior.” Other major excerpts from the article:

“Professors gave themselves an average grade of B in judging their financial knowledge about matters ranging from budgeting to investing, with older instructors — those born from 1946 to 1964 — rating themselves a B-plus. When asked about the biggest gaps in their financial literacy, professors cited understanding Medicare/health-care costs (34 percent) and choosing specific investments (32 percent), and a full third described themselves as “beginners” when it comes to investing (47 percent for Generation X faculty members, those born between 1965 and 1980).

“A solid plurality of professors (42 percent) listed saving for retirement as their top financial priority, and instructors on average reported that their average total savings rate for retirement (including employer contributions) is 15 percent of their income, which is what Fidelity typically recommends as a target. But a full 54 percent of professors surveyed said they were concerned ‘that they could outlive their retirement savings’,” the survey found.”