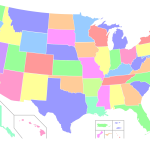 You can’t beat the scenery and the weather as reasons to consider Hawaii a destination retirement spot, but who would have thought that beneficial health-care costs is another major plus. As Robert Berger writes in a superb usnews.com piece headlined Retirement Spots with Affordable Health Care, “when deciding where to retire, a huge variety of factors come into play. There are financial considerations, such as the general cost of living and how many affordable homes are available. There are also lifestyle decisions including the kind of weather you prefer and how close it is to your family and friends. Retirees should, of course, think through all these factors. But here’s one more to add to the list: the places that have the lowest health care costs for retirees.” His article continues:

“Retirement health care costs are all over the board. However, costs will certainly rise as you age. Even those in excellent health at age 75 can expect to pay an average of over $5,000 per year in medical expenses, according to a Merrill Lynch report. Your costs may vary, though, depending on your health, age at retirement, retirement health benefits and other factors.

“Still, you can actively work to reduce your retirement health care spending by choosing a state with lower average health care costs for retirees. Settling in a state with more affordable medical care, on average, could save you a bundle during retirement.

“One new tool from HealthView Services allows financial planners to access cost information for Medicare Parts B, D and supplemental insurance for various states. The tool totals first-year and lifetime costs to give retirees a better idea of which states provide the most and least expensive health care to retirees.

“Hawaii, surprisingly, has some of the lowest first-year and overall lifetime costs for Medicare users. For a 65-year-old starting coverage in 2015, first-year costs for Medicare Parts B, D and supplemental premiums in Hawaii would total about $2,818, according to HealthView. That’s over $800 less than the $3,707 a retiree in Michigan would pay for similar coverage in the first year of retirement.

“The more expensive premiums add up over a lifetime. HealthView estimates that premiums between ages 65 and 84 will total $112,528 for someone in Hawaii versus $152,175 in Michigan, a difference of nearly $40,000. Most of the cost differential is due to variations in the cost of Medicare supplemental insurance. Medicare Part D premiums also vary by state and the plan you select. Medicare Part B premiums are set by the federal government and do not vary based on where you live.

“Of course, Medicare premiums aren’t the only cost you should be concerned with. You will also face deductibles, copays and coinsurance. The cost retirees pay out-of-pocket for hospital and doctor visits, tests, prescription drugs and other medical expenses can vary from state to state. Retirees should look at actual health care costs by state, not just premiums.

“The cost of tests and visits can vary dramatically from one hospital to the next, and this can be difficult to compare in advance of a procedure. According to the Kaiser Family Foundation, states where residents spend the least on health care include Wyoming, Vermont and the Dakotas. States where individuals spend the most include Texas, New York and California.

“Some states with a relatively high cost of living have a relatively low cost of health care. So a move to Hawaii, which is known for its relatively high housing costs, might not end up saving you money, even if your health insurance premiums will be a little bit lower there. Before making a move, retirees should consider all the financial and lifestyle angles and total up their likely cost of living in any particular state.

“Where to retire depends on a number of factors, including how much you have saved, what your retirement lifestyle looks like and the overall costs of living. But when calculating these numbers, don’t forget one big one: the cost of health care.”