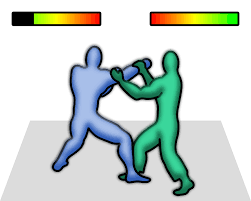 With apologies to the classic film “The Graduate,” here’s our one word for today: plastic.

“Having credit card issues? At least 26,600 other frustrated people are right there with you,” writes Maria Lamagna in an interesting piece for marketwatch.com. “The Consumer Financial Protection Bureau recently released its annual report about complaints consumers made to the bureau, in regard to many aspects of their financial lives including loans and credit cards.”  Other excerpts from the article:

“The CFPB, a government agency, said there were about 26,600 credit card-related complaints to the bureau in 2016. Of those, the CFPB sent about 81% to its consumer response team, which attempted to work with credit card companies to review and resolve them. (The remaining complaints were referred to other regulatory agencies, were incomplete or are pending at the CFPB.) ‘If you have a complaint or a perk you’d like to get, pick up the phone and call’,” said Matt Schulz, an industry analyst at CreditCards.com. ‘Your chances of success are better than you think they are’. The credit-card industry, he said, is highly competitive.

“The most common dispute were related to billing, with issues including confusion about expiration dates for balance transfers, or about late fees on accounts, (17%), followed by identity theft, fraud or embezzlement (12%), closing or canceling an account (7%) or customer service (4%). There was also an “other” category, which made up 13% of complaints. Once the CFPB brought up those issues with credit-card companies, about 20% were resolved with some kind of monetary compensation for the consumer.”