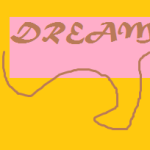 “The reason they call it the American dream,” George Carlin quipped, “is because you have to be asleep to believe it.” Well, there was a time (and not too long ago at that) when Americans—asleep or awake—believed that owning a home was the American dream. Now, according to a survey by the National Endowment for Financial Education (NEFE), that dream, at least as it pertains to their financial goals, is retirement security. An interesting story on fa-mag.com reports on the subject. Here are excerpts:

“Fifty percent of American adults say the top financial goal that is most important for them to achieve in their lifetimes is having enough money for retirement. That is an increase from 47 percent who said that in 2011.

“In contrast, the idea of home ownership as the top goal seems to be declining. In 2011, 17 percent said home ownership was their most important financial goal, compared with 13 percent in the latest findings. The poll was conducted among 2,025 U.S. residents 18 years of age and older.

“People are slightly more optimistic than they were in 2011, according to the survey, which shows 60 percent of respondents feel they are achieving the American Dream compared with 57 percent in 2011.

“Barriers to achieving that dream still exist but are diminishing, according to the survey. Sixty-three percent say an inability to save enough is an obstacle, compared with 70 percent who said that in 2011, and 47 percent state that managing debt is a hindrance, compared to 54 percent who had a problem with debt in 2011”.