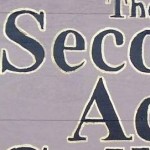 Let’s hear it for resilience, resourcefulness and career reinvention!

Which is to say, are there really no second acts in American lives, as F. Scott Fitzgerald famously suggested?  You wouldn’t think so when it comes to today’s retirees.  “Sitting at home through a 20-or 30-year retirement is no longer an option for an increasing number of Baby Boomers,” writes USA Today personal finance editor Rodney Brooks. “Some are looking to do something else because they have to for financial reasons. But, increasingly, Boomers are embarking on entirely different `encore’ careers after retirement.” Here are excerpts from Brooks’ article:

“`The reality is people are living longer, healthier lives, and when they get to the point when the need to make a change — they retire, are laid off or sell their business — they are 60 years old, and they say ‘I still have another 10, 15, or 20 or years and I want to do something,’ says Nancy Collamer, author of Second Act Careers: 50+ Ways to Profit From Your Passions During Semi-Retirement. ‘It’s out of financial necessity is some cases, but it’s lifestyle in other cases’.

“Take Linda Lombri, 65, and Virginia Cornue, 68, both of Montclair, N.J. In their post-retirement lives, they have reinvented themselves as mystery writers, even though neither had written fiction before. They began an e-book series, the Sandra Troux Mysteries, which is sold on 10 websites, including Amazon, Barnes and Noble and Apple iTunes. The first in the series, The Mystery of the Ming Connection, was published last year under their pseudonym, Crystal Sharpe. Their second in the series will be out this spring; the third in the fall.

“Then there’s David Roll, 72, who ended his career as a Washington, D.C., lawyer 10 years ago and embarked on a new one as an author, historian and founder of Lex Mundi, a non-profit agency that finds pro bono lawyers for social entrepreneurs around the world.

“Roll’s second book, The Hopkins Touch: Harry Hopkins and the Forging of the Alliance to Defeat Hitler, was published in January. The first, which he co-wrote, was published in 2005, Louis Johnson and the Arming of America, was about Harry Truman’s second secretary of defense.

“Marc Freedman is founder and CEO of Encore.org, a San Francisco-based organization that helps Boomers start  [their] second career. Its focus is getting them involved in non-profit agencies.

“Freedman spent 15 years working with children in low-income neighborhoods. He has long had an interest in mentoring, so he made his second career into a job that helps Baby Boomers step into their second careers.

“`There are 9 million Americans who have already moved into encore careers, in education or the environment, or health or human resources’, he says. Thirty-one million more gave doing so a top priority, but are struggling with the transition’.

“Encore offers a fellowship for people who have already retired and want to have an impact, but are not quite ready to get into the job market. The fellows work full or part time, and the fellowships last from

six months to a year. Encore will have 200 fellows by the end of the year, all working for non-profit agencies, Freedman says. Companies sponsoring the fellows include Agilent, Hewlett-Packard, Goldman Sachs and Intel.

“`Of 76 million people above 50 and nearing retirement, about half have interest in entrepreneurship’, says Jean Setzfand, vice president of financial security at the AARP. ‘And many want to give back to their communities’. “