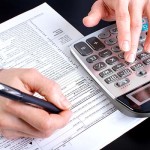 “The hardest thing in the world to understand is the income tax.” — Albert Einstein

The celebrated theoretical physicist was only confirming what many of us already believed, but when it comes to the IRS, as too many taxpayers have learned, ignorance is never an excuse. And, more specifically, when the issue is listing deductions or expenses on a return, the temptation to falsely inflate them is a singularly bad idea that can have costly consequences. The subject is addressed in a recent IRS release noting that “the vast majority of taxpayers file honest and accurate tax returns on time every year. However, each year some taxpayers fail to resist the temptation of fudging their information. That’s why falsely claiming deductions, expenses or credits on tax returns is on the “Dirty Dozen” tax scams list for the 2016 filing season.” Other excerpts from the IRS announcement:
Taxpayers should think twice before overstating deductions such as charitable contributions, padding their claimed business expenses or including credits that they are not entitled to receive – like the Earned Income Tax Credit or Child Tax Credit.

Increasingly efficient automated systems generate most IRS audits. The IRS can normally audit returns filed within the last three years. Additional years can be added if substantial errors are identified or fraud is suspected.

Significant civil penalties may apply for taxpayers who file incorrect tax returns including:

Taxpayers even may be subject to criminal prosecution (brought to trial) for actions such as:

Criminal prosecution could lead to additional penalties and even prison time.

Using tax software is one of the best ways for taxpayers to ensure they file an accurate return and claim only the tax benefits they’re eligible to receive. IRS Free File is an option for taxpayers to use online software programs to prepare and e-file their tax returns for free.

Community-based volunteers at locations around the country also provide free face-to-face tax assistance to qualifying taxpayers helping make sure they file their taxes correctly, claiming only the credits and deductions for which they’re entitled by law.

Taxpayers should remember that they are legally responsible for what is on their tax return even if it is prepared by someone else, so they should be wise when selecting a tax professional. The IRS offers important tips for choosing a tax preparer at IRS.gov.