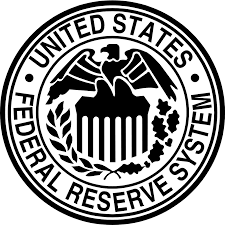 A reuters.com piece notes that “many Americans are not financially prepared for retirement, with almost a third of working adults without savings or a pension, according to a Federal Reserve survey published on Wednesday [May 27].” The piece, reported by Lucia Mutikani, continues:

“The Fed’s 2014 Survey of Household Economics and Decisionmaking found that about 38 percent of the more than 5,800 respondents have either no intention to retire or plan to keep working for as long as possible.

“’Thirty-one percent of non-retirees have no retirement savings or pension, including nearly a quarter of those older than 45’, the Fed said.

“’Even among individuals who are saving, fewer than half of adults with self-directed retirement savings are mostly or very confident in their ability to make the right investment decisions when managing their retirement savings’.

“The survey, which was conducted in October and November last year on behalf of the Fed board, also found that among lower-income respondents, whose household income is less than $40,000 per year, 55 percent plan to keep working as long as possible or never plan to retire.

“It found a modest improvement in individuals’ perceptions of financial well-being compared to 2013, though their optimism about future financial prospects increased significantly.

“Sixty-five percent of respondents viewed their families to be either ‘doing okay’ or ‘living comfortably’ financially, a 3 percentage points increase from the 2013 survey.

“Twenty-nine percent expected their income to rise this year, up from 21 percent in the 2013 survey.

“Still, the finances of many families are shaky. Only 53 percent of respondents said they could cover a hypothetical emergency expense costing $400 without selling something or borrowing money.

“’Thirty-one percent of respondents report going without some form of medical care in the past year because they could not afford it’, the Fed said.”