FINANCIAL ADVISOR AND YOU 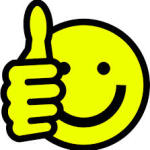 Enough to Need an Advisor is the enticing headline for an excellent Kent McDill piece for millionairecorner.com whose subhead notes that “almost 70 percent of investors with a net worth under $1 million are satisfied with their financial advisor.” Excerpts from the article:

“At lower levels of personal wealth, the role of a financial advisor becomes problematic for an investor.

“Spectrem’s quarterly series of reports on wealth examines investors with a net worth between $100,000 and $1 million. Known as the Mass Affluent, these investors indicate that many do not use a financial advisor because they are uncertain whether [their need for one is] based on their level of wealth.

“Spectrem’s Advisor Relationships and Changing Advice Requirements shows that almost 40 percent of Mass Affluent investors do not use a financial advisor. Another 33 percent only use an advisor for special situations, such as an inheritance, or for retirement advice.

“Almost half (48 percent) of Mass Affluent investors found their primary advisor through a referral from friends or family members. Less than one-quarter (23 percent) believe the cultural background of their advisor needs to be similar to their own.”