HAS A CHANGING ECONOMY CHANGED YOU? 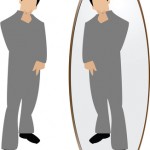 It was only a few years ago that the market was bombing, and now it’s booming. What’s happened between then and now has profoundly altered the ways individuals plan for their retirement, but how? An excellent website piece by Dan Kadlec from Time magazine’s Business & Money section, headlined Scared to Prepared: How the Great Recession Changed Our Spending Habits, touches on that question. Here are excerpts from the piece:

“In the months following the financial crisis, just about everyone got religion. They rediscovered core values and began to place relationships and experiences above material things. But it was anybody’s guess

how long this earnest austerity would last.

“Five years later the economy is growing steadily, housing is recovering, and the stock market is at record highs.

“Yet for the vast majority, the shock of the Great Recession lingers — and that’s a good thing in terms of how most folks are managing their money. In a new survey from Fidelity, nearly half of respondents say even now they are saving more, reducing debt and building an emergency fund.

“A new survey from Principal Financial finds that the number of workers preparing for retirement is on the rise and that most workers who expect a tax refund plan to save or invest it, or pay down debt. Before the crisis, people commonly cited going on vacation and buying big ticket items as well.

Perhaps most telling, the Fidelity survey found that 78% of those who have taken steps to shore up their finances say the measures are part of a new and permanent personal financial strategy. ‘The sheer number of people who say the changes are permanent was probably most surprising’, says Ken Hevert, vice president of retirement products at Fidelity.

“People are moving from scared to prepared, Hevert says. When the financial crisis hit, 64% said they were scared and 45% said they were prepared; today, 45% say they are scared and 61% say they are prepared — a near perfect reversal. In general, those who feel prepared are the ones who have cut debt, increased savings and built an emergency fund.

“There remains ample blame to go around when it comes to who caused the financial crisis: 38% blame greedy and reckless banks, 38% blame ignorant and spendthrift individuals, and 17% cite the regulatory lapses of government. Yet no matter who is most to blame for the collapse, almost everyone (97%) now says it is entirely (56%) or partly (41%) the personal responsibility of individuals to steer their own financial future.

“`The finger-pointing is over’, Hevert says, adding that individuals seem to understand that no one can change the past, and no one is going to save for them in the future.

“The Fidelity survey was of households with investments, and so it may not ring true universally. Some broader readings show that the savings rate has declined, and debt is inching back up.

“Still, for many the Great Recession has provided a durable silver lining in the same manner that led the Depression-era generation to a lifetime of frugality. It may be too early to declare victory over excessive spending. But we’re beyond a good start, and the indications are that a great many people have changed their personal financial ways for the better, possibly for good.”