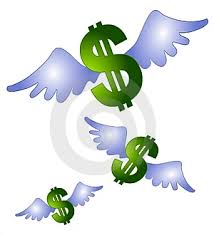 It’s pretty much a given that the price tag for health care in retirement will likely be, as a certain Presidential contender might say, huge! But how huge, exactly? “For many, generating $250,000 in savings seems like quite a far off dream, but Fidelity’s Retirement Health Care Cost Estimate study now projects Americans will need just about that much to pay for health care in retirement,” writes John Manganaro in a revealing planadviser.com piece. “According to Fidelity, a healthy couple retiring this year at age 65 should expect to spend $245,000 on health care throughout retirement, up from $220,000 last year. The figure has increased 29% since 2005, Fidelity says, when the projection was a cool $190,000.” Other excerpts from Manganaro’s article:

“As in earlier years, Fidelity finds factors boosting this year’s estimate include longer life expectancies and anticipated annual increases for medical and prescription expenses. In reality the picture is probably even tougher for retirement savers, as the estimates assume enrollment in Medicare health coverage but do not include the likely expenses for nursing home or other forms of long-term care.

“Like other retirement plan and investment providers, Fidelity advocates that pre-retirees evaluate retirement health insurance options and health expense funding vehicles well in advance of actually leaving the workforce. People may look at their options and consider private Medicare Advantage programs available in their area, which Fidelity says could reduce couples’ overall costs in many cases.

“Along those lines, Fidelity says most working Americans could benefit by opening an HSA to save for qualified health care expenses today and in retirement, due to the oft-cited ‘triple tax benefit’ associated with the accounts.