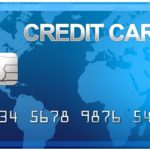 You think you’ve got debt problems? According to a Reuters report, “U.S. household debt hit $12.29 trillion in the second quarter, up $434 billion from a year earlier as auto loans and credit card debt increased, a Federal Reserve Bank of New York survey showed [in August].” And how much, you may ask, is a trillion exactly?  Well, it’s a number with a lot of zeroes–12, actually. It’s a thousand billion. Anyway, the report continues:

“Some 4.8 percent of the outstanding debt was in some stage of delinquency, down from 5.6 percent from a year ago, according to the quarterly household debt and credit report.

“Auto debt was $1.10 trillion, up $97 billion from a year earlier, while the aggregate credit card limit increased for the 14th straight quarter, reflecting Americans’ easier access to credit as the 2007-2009 financial crisis fades.