IF YOU DON’T BELIEVE IT, JUST ASK CROCODILE DUNDEE 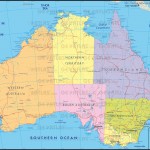 In hard times, of course, there’s the problem of digging out from down under. But for American retirees, foraging for sound economic lessons can also mean looking to Down Under. At least that’s the tenor of an intriguing AARP  blog by Carole Fleck, who notes that “retiring in Australia appears to be much more pleasurable than in the United States — and it has nothing to do with gathering around the barbie and watching marsupials romp.” Here are excerpts from her piece:

“Most workers who retire in the land Down Under apparently don’t have to worry so much about outliving their savings. That’s because about 90 percent of the workforce has a retirement savings account, and contributing to it is mandatory. Yep, you read that correctly. Most workers sock away at least 9 percent of their paycheck each week.

Here’s how that worked out: Today, some 20 years after the mandatory retirement savings program (called the Superannuation Guarantee) was enacted in Australia, it has amassed $1.52 trillion in assets for a population that’s only one-fourteenth the size of ours, Bloomberg BusinessWeek’s Nick Summers says in a report.  By contrast, in American workers’ 401(k) plans, there’s $2.8 trillion, but those funds have to cover millions more retirees.

“ In a report last year, Sen. Tom Harkin (D-Iowa) cited a $6.6 trillion gap between what Americans have saved and what they will need in retirement. He said half of all Americans have $10,000 or less in savings.

“But back to retirement savings, Aussie style. According to Bloomberg’s Summers, contributions to Australia’s Superannuation accounts are after-tax, and withdrawals by those 60 and older are tax free. Participants can hire an investment company to manage their retirement accounts, though about half of Australians manage their own.

“Their employers don’t bear the administrative expenses or the legal risks of overseeing those plans, Summers reports.

“Initially, when the Superannuation law was enacted in 1992, employers were required to put 3 percent of most workers’ salaries into retirement accounts. That level has been raised over time as the public has gotten used to the idea. Today, 9 percent of virtually “every paycheck now goes into these funds, and by 2020, it will be 12 percent, he reports. Some workers contribute even more.”