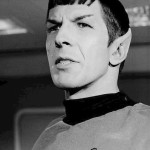 Not that you need another reminder that the years seem to pass in a whirl, but can it really be that the original Star Trek franchise launched nearly 50 years ago?

Well, whether or not you’re a Trekkie (and, yes, Trekker is acceptable, too), it doesn’t require Mr. Spock’s blessing to “live long and prosper” to ponder the reality that living longer today makes financial security in retirement that much more vital. That’s one notion to be gleaned from a superb Robert Powell piece for usatoday.com—headlined Retirement planning for an even longer life—noting that “now we have to add another two years of life to our calculations.” Excerpts from the article:

“So, instead of saving for enough to last 21.4 years of retirement, you now have to build a nest large enough to last at least 23.8 years. That might not seem like a lot, but it could mean having to save upwards of $100,000 more on top of what you’re already socking away.”

Among the experts commenting in the piece was David John, a senior strategic policy advisor with AARP Public Policy Institute: ‘The new mortality estimates showing that people are likely to live even longer than once expected emphasize the need for people to save for retirement from the day they go to work until the day they retire. And, everyone must have access to a payroll-deduction retirement savings plan. In theory, people could save on their own, but research says that only about 1-in-20 will actually do so on a consistent basis’.”