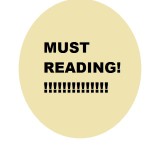 Any serious financial reading—indeed not a few press stories have referenced its compelling analyses–should include reports put forth by the Center for Retirement Research at Boston College. We recommend that you check out its impressive work at www.bc.edu and a December 2015 report headlined INVESTMENT RETURNS: DEFINED BENEFIT VS. DEFINED CONTRIBUTION PLANS makes especially fascinating reading. The full study is well worth your time, and here is its introduction:

“Pension coverage in the private sector has shifted from defined benefit plans, where professionals make investment decisions, to 401(k) plans, where partici­pants are responsible for their own investment strat­egy. The supposition is that individuals are not very good at investing their own money and face high fees. The question is whether this supposition is borne out by the facts. That is, are returns on defined contribu­tion plans markedly lower than those on traditional defined benefit plans?

“The bottom line is that, during 1990-2012, defined benefit plans outperformed defined contribution plans by 0.7 percent. Since this differential remains even after controlling for size and asset allocation, the likely explanation is higher fees in defined contribu­tion accounts. The available data suggest that IRAs produce even lower returns than defined contribution plans, which implies trouble ahead given the massive amount of money that is being rolled over into IRAs.”