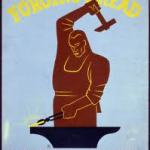 In a lifehealthpro.com piece headlined Survey: Most workers plan to delay retirement by three years, Warren S. Hersch writes that “a common theme of studies into retirement planning is that a growing number of Americans is, for a host of reasons, delaying their golden years. Offering further insights into this trend is Towers Watson, which in a new report explores which workers are delaying retirement and why.” Other excerpts from the article:

“A key finding of the report is that American workers, most notably men, are entering the workforce later and staying on the job longer. In 2013, nearly a quarter of men over age 65 (24 percent) were in the workforce. This compares with 17 percent in 1990, a 7 percent increase. Among women, the labor force participation rate of those over 65 in 2013 was 15 percent, a 6 percent rise from the 9 percent participation rate recorded in 1990.

“What’s fueling the upward trend? The report attributes the rise to both economic factors and changes in the workplace.

“Towers Watson expects the trend to become more pronounced in future years. The firm bases its forecast in part on recent search showing that more than 43 percent of full-time employees indicated last year their intention to postpone retirement. This compares with just over a third in 2009.

“The report adds that nearly three quarter of individuals delaying retirement plan to stay on the job an additional three years. And nearly one-third plan to retire at age 70 or later.”