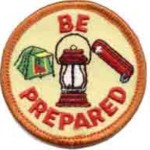 In an interesting benefits.pro.com article headlined The unexpected cost of early retirement, Lisa Barron, citing a study by Fidelity Investments, reports that “couples who choose to retire early at 62 rather than waiting until 65 may hope to enjoy a few extra years out of the workforce, but the reality is they could also face more than $50,000 in additional medical bills. That’s because they will have to pay health insurance premiums and out-of-pocket costs for the three years before they become eligible for Medicare, which Fidelity estimates would cost about $17,000 a year. At the same time, for couples who are able and willing to delay retirement until 67, the potential annual cost reduction could be $10,000 a year, Fidelity noted.” More excerpts from her piece:

“A recent Fidelity study of more than 1,000 adults ages 55-70 found that pre-retirees planned to retire at an average age of 65.

“Fidelity’s 2014 Retiree Health Care Cost Estimate showed that even those who retire at that age can expect to incur $220,000 in medical costs during their retirement years.

“In light of this daunting prospect, Fidelity urges people to consider tax-advantaged health care savings opportunities outside of a 401(k) or IRA.

“Many employers offer high-deductible health plans (HDHP) and health savings accounts (HSA), which Fidelity calls ‘a powerful health care savings option now and in the future’, as HSAs allow pre-tax dollars that are not spent in any year to carry over and stay invested tax-free for qualified medical expenses in retirement.