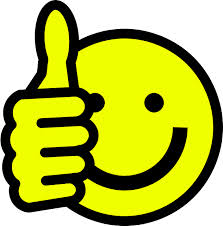 “Seventy-eight percent of investors think they will have enough money to maintain the lifestyle they want in retirement, up from 69% in 2014, “ writes Lee Barney in a plansponsor.com piece, citing the Wells Fargo/Gallop Investor and Retirement Optimism Index. “In fact, 31% feel highly confident, up from 26%, and [the percentage] of those who are not confident has fallen from 31% to 22%.” Other excerpts from the article:

“In step with this, only 36% worry they will outlive their savings, down from 46%. This fear is higher among non-retirees (39%) than those who have reached retirement (28%).

“Only 28% of non-retirees have thought about when would be a good time to retire. However, this rises to 39% of those age 50 and older. Among those who have retired, 52% wish they had started thinking about when to retire earlier than they did.

“Another potential driver for this improvement in people’s retirement outlook is the fact that the Wells Fargo/Gallop Investor and Retirement Optimism Index is at a 16-year high, having increased 30 points since the fourth quarter of 2016 to 126.

“Sixty percent of investors believe now is a good time to invest in the financial markets, up from 52% in the fourth quarter of 2016 and the highest since early 2011. Asked what they would do with their money if their tax bill was decreased, “47% say increase their savings or investments, followed by paying down debt (10%) or making a special purchase (8%).

“The Wells Fargo/Gallop Investor and Retirement Optimism Index is based on a telephone survey of 1,007 investors with $10,000 or more in investable assets, conducted in February.”