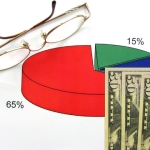 How big is the U.S. retirement crisis? That’s the headline preceding another superb cbsnews.com MoneyWatch piece by Steve Vernon, who writes:

“It seems that practically every week you read an article about a looming retirement crisis in the U.S. That prompts a round of rebuttals denying that the problem is as large as it’s made out to be.

“So which is it? In part, that depends on whom you ask, with several distinct camps of researchers investigating the issue.

“First, there are the nonprofit research institutes, whose main mission is to further our understanding of important societal issues.

“Then there are financial firms that publish their own measures of retirement readiness. Although readers might correctly assume that such companies have an incentive to promote the virtues of saving for retirement, their findings generally jibe with the conclusions of the nonprofit research institutions mentioned above.

“For instance, Fidelity Investments’ Retirement Preparedness Measure found that 55 percent of Americans are in fair or poor condition when being able to cover essential living expenses in retirement. AonHewitt’s Real Deal study is the most pessimistic, concluding that only 30 percent of workers at large employers are on track to retire comfortably at age 65.

“What explains the different forecasts of Americans’ retirement readiness? All the measures must make a number of assumptions based on a variety of key factors, such as age at retirement, the amount of retirement income needed for a secure retirement, the impact of medical and long-term care expenses and how Americans deploy their retirement resources. And obviously people’s individual circumstances vary widely, compounding the difficulty of gauging how prepared the population as a whole is for retirement.

“What’s clear, by contrast, is that Americans are anxious about their retirement prospects. According to a PBS survey, 92 percent of respondents think there’s a retirement crisis in our country.

“For policymakers, it’s clear that some portion of the population is at risk for an adequate retirement. The most optimistic result from the RAND paper concludes that 29 percent of workers are at risk, while the most pessimistic result from the AonHewitt study concludes that 70 percent are at risk. While anybody can argue about the assumptions used for these studies, even if the lowest number (29 percent) were correct, we have a significant problem.

“The actions needed to improve results are easy to say, much tougher to do. People can improve their retirement security by:

“The government can pass regulations that make employers feel comfortable to adopt these solutions, and improve workers’ confidence in Social Security and Medicare by addressing their funding challenges.

“The bottom line is that whatever the exact scale of this country’s retirement crisis, it will take a concerted effort from workers, employers and the government to address it.”