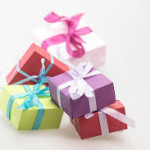 They weren’t wrapped presents under your Christmas tree, but gifts are gifts so we’re not complaining. By way of explanation: “There are some goodies for retirees and those planning for it included in 2 pieces of financial legislation that became law on Dec. 18,” Jennie L. Phipps writes in an informative bankrate.com piece headlined 5 New Year’s gifts from Congress. “They come from the Consolidated Appropriations Act, better known as the omnibus spending bill that will keep the federal government running through the 2016 fiscal year, and the tax extenders bill, known as PATH (Protecting Americans from Tax Hikes).” The article continues:

“These 5 pieces of the legislation are particularly good for older people. The information came from various sources, including the Washington, D.C.-based Groom Law Group and the Journal of Accountancy.

“Rollovers from a 401(k), 403(b) or 457 to a Savings Incentive Match Plan for Employees of Small Employers, or a SIMPLE, are now permitted. Before, a SIMPLE account could only accept contributions from a qualified salary reduction arrangement, which is a variation of a SIMPLE.

“Workers in more categories can take money from their retirement plans at age 50. With some exceptions, the IRS generally imposes a 10% penalty for a distribution from a 401(k) or 403(b) plan on people who withdraw the money before they turn 59 1/2. Certain public safety employees were able to access the funds at age 50 and avoid the 10% penalty. The new law extends those government-worker exemptions to people employed in the transportation of nuclear materials or “other materials related to national security,” U.S. Capitol Police, Supreme Court Police and diplomatic security special agents of the State Department.

“529 college savings plan rules were modified for holders of multiple accounts. The distribution aggregation requirements have been eliminated, so any withdrawals from a 529 account will be treated as coming only from that account, even if the individual has more than one 529 account. This is good for grandparents who are helping more than 1 grandchild.

“Qualified charitable distributions, or QCDs, have been permanently renewed. This provision has been around for a while, but has required an act of Congress to renew the option annually. Now it’s a permanent part of the tax code. QCDs allow IRA owners and beneficiaries who are 70 1/2 or older to directly transfer up to $100,000 of their IRAs to charity each year. This satisfies required minimum distribution, or RMD, rules and the amount is not included as income. That lowers adjusted gross income and could keep retirees from paying higher taxes or incurring Medicare penalties.”