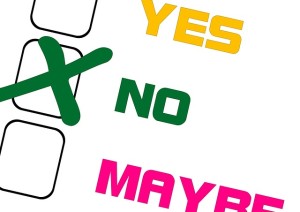 Most assumptions, Marshall McLuhan said, have outlived their uselessness. And when it comes to retirement assumptions, as Tom Sightings writes in a splendid usnews.com piece, there are reasons why “some of them are true, some are false and a few of them are in between.” His article addresses seven “common assumptions”:

“1. Social Security will be there for you. TRUE. Many workers in America have lost faith in Social Security, thinking the system will be bankrupt by the time they become eligible to collect their benefits. But the fact is, the current system is sound, just the way it is, for another two decades. Yes, lawmakers may make some modest cuts to extend the system. Or, if nothing gets done, there could be deeper cuts later on. But Social Security will not go bust.

“2. Social Security will pay the bills. FALSE. The average Social Security retirement benefit is currently $1,331 a month. That’s $15,972 per year, which happens to be the poverty line for a couple with no dependents. Meanwhile, the maximum benefit for someone at full retirement age (currently 66) is $2,685, and even for those who wait until age 70 to retire, the maximum is $3,501 a month. That sounds better, but if you qualify for the maximum benefit, you were earning over $100,000 annually, and so you’re probably not going to be happy on $32,220 a year.

“3. Inflation is no longer a worry. MAYBE. The pundits have declared that inflation is dead, and now actually worry about a decline in the cost of living. Last year the average consumer price index went up barely 1 percent. But remember the 1970s and 1980s, when inflation routinely came in at 5 percent or more? Even in the early 2000s, inflation chugged along at closer to 3 percent. So, $100 from the year 2000 is worth only about $72 today. If you retire at age 66, and expect to live another 20 years, $100 will then be worth only about $64 today, or maybe less.

“4. The stock market will pump up your income. MAYBE. The stock market has been ratcheting up since 2009, and it’s produced a lot of wealth for retirees who have invested in stocks and mutual funds. But, as recent events remind us, while the stock market is a good place to invest for the long term, it can put a pretty painful dent in your finances in the short run. So stay invested with your long-term savings, but don’t keep any money in the market that you might need in the next five years.

“6. You’ll receive an inheritance. MAYBE. But even the most affluent aging parents can be bled dry if they end up in a nursing home, especially if they don’t have long-term care insurance. The average nursing home costs several thousand dollars a month, and fees can go much higher depending on where you live and what kind of services are needed. But even without punishing care giving costs, many elderly parents live well into their 90s, and simply spend down most of their children’s inheritance.

“7. You can live on less money. TRUE. It doesn’t take a genius to figure out that you’ll have less money in retirement than you did when you were working. The good news is that you need less money. You will likely pay lower taxes and won’t be subject to the payroll tax. Your kids are probably grown up, so you’re not supporting them anymore. And there are many ways to cut your bills, such as downsizing your home, traveling off season and taking advantage of a wide array of senior discounts.”