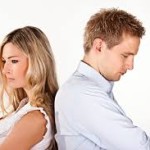 It will likely shock no one to report that American couples squabble over money, but the percentage of them that do—47%–may indeed surprise many. That’s among the revealing statistics contained in Fidelity Investments’ fifth annual Couples Retirement Study. As Paul Katzeff writes in an interesting investors.com piece that cites the data, “the top cause of financial fights is sparring over spending habits with your significant other, according to 67% of couples. Not saving enough money is the second biggest source of money spats, 37% of couples say.” His article continues:

“Bills and debt are the third and fourth biggest reasons couples argue over money, according to 33% and 29% of survey respondents.

“And those and other money rows often don’t go away by themselves. One in four couples says their money clashes over cash topics are never resolved.

“But Fidelity offers couples a bouquet of roses in the form of reassurance that there are, in fact, things you can do to avoid financial heartache in your relationship. Here are the five most popular tips for achieving financial harmony, based on answers given by respondents to the committed couples survey: