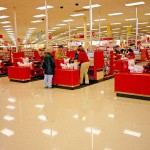 “Daily spending among Americans ages 50 to 64, based on their own reporting, reached a low of $55 in March 2009. By last December, this group’s daily spending rebounded to a five-year high of $105 per day.

“What are they spending more money on? Research revealed that while 45% of U.S. consumers spend more than they did a year ago, the increased spending was on household essentials—groceries, gasoline, utilities and health care—rather than on discretionary purchases such as travel, dining out, leisure, consumer electronics and clothing.

“About two in five Baby Boomers (44%) in that same study reported they were spending more than a year ago, and their increased spending followed the same pattern.