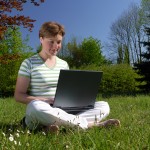 It’s not exactly news that younger Americans have unique challenges that their parents may not have faced in accumulating wealth. Last month, for example, a New York Times piece—headlined FINANCIAL TIPS FOR YOUNGER ADULTS—noted that “with stagnant wages, a tough job market and heavy student debt, Americans under age 40 have accrued less wealth than their parents did at the same age, even as the average wealth of Americans has doubled over the last quarter-century, according to a new study by the Urban Institute. The situation is of concern to financial planners and advisers because of what they call the ‘time value’ of money — that is, the earlier you start saving and investing, the more time you have for your assets to grow. If you get a later start, you’ll have less time to catch up. So by getting behind now, young people may find themselves short when they near retirement.”

“For financial-planning firms like ours, that article was spot on,” says Kevin McCormack, President, Pension Parameters. “We always advise young people to start putting away money, each month, whatever the amount. Those in the workforce should always utilize a company’s 401K plan, particularly if it’s a plan that matches the amount that the employee puts in. This is a unique opportunity to accrue money.”

McCormack further advises that when those under 30 and 40 begin to make bigger salaries they should not rush into large property investments (real estate and cars) unless they are also able to pay back college loans AND put away some savings. “Think for the future and not only for the moment—don’t  live on the edge early on,” says McCormack. “You may feel pressed to get on your feet and get on with it, but the smartest young folks are protecting themselves with solid retirement plans, gap insurance on leased cars and some forward-thinking life insurance, if a family is involved.”