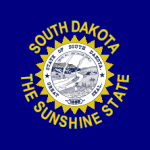 We seemingly never cease pondering the question of when to retire, but today let’s consider the issue of where to do it. For many, the answer may hinge on any number of factors, including local taxes, health services, proximity to friends and family members and, of course, year-round weather. Here are excerpts from a cbsnews.com Moneywatch piece by Bruce Kennedy that considers the subject:

“Retirement remains a major issue for Americans of all ages, especially as the baby-boom generation leaves the workforce in large numbers and changes the country’s economic landscape.

“According to the Pew Research Center, about 26 percent of the total U.S. population were baby boomers as of 2011. And about 10,000 members of that group are reaching age 65 every day, between now and 2030.

“Along with ongoing concerns about not having enough money once they reach retirement age, a growing number of boomers are also looking for places where they can get the most value for their money once they do retire.

“At the same time, a recent national survey of boomers reports 57 percent expect to move out of their current homes, while 70 percent expect the house they retire in ‘will be the best home in which they have ever lived’.

“And while many people think of Florida and Arizona as among the best places to spend their golden years, new research from Bankrate.com suggests some alternatives, when looking at states with the best quality of life for seniors.

“Bankrate.com compiled a variety of statistics and scored all 50 states on factors such as crime rates, weather, healthcare, tax rates and overall cost of living. The top state for retirees? South Dakota, according to the personal finance site. It was followed by Colorado, Utah, North Dakota and Wyoming. The five states at the bottom of the list as places to retire: New York, West Virginia, Alaska, Arkansas and Hawaii. “