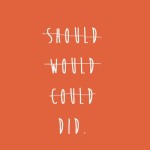 For most Americans, it’s apparently the former.

“Despite the fact that it can lower their Social Security benefits by as much as 30%, collecting Social Security before their full retirement age is the plan for more than four in 10 Americans age 50 or older,” writes Lee Barney in a revealing planadviser.com piece, citing an Associated Press-NORC Center for Public Affairs Research poll.” The article continues:

“For those born between 1943 and 1954, full benefits begin at age 65 or 66, but the average American plans to begin collecting benefits at age 64. If they were to wait, benefits rise 8% every year up to age 70, when benefits max out, yet only 9% plan to begin collecting Social Security at age 70.

“For people age 50 or older, Social Security will be their primary source of income in retirement, with 86% saying they will have Social Security income. More than half have a defined contribution plan, such as a 401(k) or 403(b), or an individual retirement account (IRA).

“The Center for Retirement Research at Boston College found that the average retirement age for men is 64 and for women, 62, a report about the poll noted.

“The AP-NORC survey was conducted in March.”