TALKING ABOUT RETIREMENT SAVINGS SHOULD BE EASY, BUT ISN’T 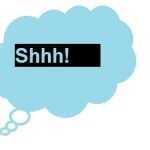 On a list of delicate subjects that Americans are hesitant to talk about, you wouldn’t think money or retirement would rank near the very top, above, say, sex or death, but you might be wrong. That’s one takeaway from an interesting thinkadvisor.com piece by Emily Zulz noting that “Americans are more likely to have talked about their own death than retirement, and they’re more comfortable having the ‘birds and the bees’ talk than any conversation related to money.” Excerpts from the article:

“Northwestern Mutual’s ‘2014 Planning and Progress Study’ found that conversations about money outrank any other uncomfortable conversation topic among Americans—including the ‘birds and the bees’, asking adult-age children to get a job or move out, and death.

“According to the study, more than two in five Americans have not spoken to anyone about their retirement. Only 39% of those surveyed have talked to their spouse or partner about retirement.

“The study also found that those who were nearest to retirement age were the least optimistic that they will retire at the ‘traditional’ age of 65.

“Those who are currently working feel they will retire at a much later age than those who are currently retired (68 years old for those working versus 59, the age current retirees left the work force). Looking ahead to retirement, nearly two in five adults (38%) now estimate that they will have to work until age 75 or older before they can retire.

“While many adults find it difficult to discuss death preparations with their immediate family or estate planning with their parents, money-related conversations are the most difficult for U.S. adults.