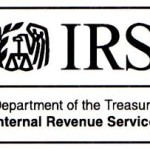 Even though contributions to Roth IRAs are not deductible, the maximum permitted amount of these contributions is phased out for taxpayers whose incomes are above certain levels. The MAGI phase-out range is $181,000 to $191,000 for married couples filing a joint return, $114,000 to $129,000 for singles and heads of household and $0 to $10,000 for married persons filing separately. For detailed information on contributing to either Roth or traditional IRAs, including worksheets for determining contribution and deduction amounts, see Publication 590-A, available on IRS.gov.

Also known as the retirement savings contributions credit, the saver’s credit is often available to IRA contributors whose adjusted gross income falls below certain levels. For 2014, the income limit is $30,000 for singles and married persons filing separate returns, $45,000 for heads of household and $60,000 for married couples filing jointly.

Eligible taxpayers get the credit even if they qualify for other retirement-related tax benefits. Like other tax credits, the saver’s credit can increase a taxpayer’s refund or reduce the tax owed. The amount of the credit is based on a number of factors, including the amount contributed to either a Roth or traditional IRA and other qualifying retirement programs. Form 8880 is used to claim the saver’s credit, and its instructions have details on figuring the credit correctly.

Other tips in the Tax Time Guide series are available on IRS.gov.