THAT DAILY LATTE ADDS UP TO A LOTTA MONEY 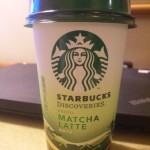 That daily visit to Starbucks is no big deal, right? Well, financially speaking, no and yes. Spending, say, $5 a day to satisfy your going-to-work caffeine rush becomes something of an eye-opener when you multiply that amount by 365 days and realize that’s it’s costing you somewhere north of $1,800 a year. Which takes us to a smart piece on usnews.com by David Ning headlined How Less Consumption Leads to Early Retirement. Here are excerpts:

“In the heat of the moment, you don’t think too much about the impact of a seemingly small purchase. But how much are you really giving up when you give in to small purchases? Here are a few reasons daily spending lengthens the amount of time you will spend in the 9-to-5 grind:

“Your expenses are directly tied to how many years you need to work. The fewer dollars [in] each paycheck that go to spending, the more you have left over to invest. No surprises there. But a smaller monthly outlay also lessens the load your nest egg will need to pay for in retirement. Spending just $5 per day on a coffee fix or other convenience food will cost you $1,825 per year or $54,750 over a 30-year career. For people who earn around a $50,000 salary, that’s an entire extra year of work just to pay for $5 worth of daily discretionary spending. If that worker spends close to 9 hours a day at work or commuting and works 20 days per month, that’s 2,160 extra hours of dealing with work, boring meetings, incompetent bosses and the commute, just to finance a daily $5 purchase.

“Avoiding discretionary purchases could help you retire sooner. If you instead saved that $5 per day, you could not only retire a year earlier, but perhaps much earlier than that due to the compound interest on that $1,825 you tuck away each year. Saving just $5 per day in a 401(k) will grow to $178,856 over 30 years, assuming 7 percent annual returns. That’s about three and a half fewer years you would need to work if you earn $50,000 per year. And if you also get an employer match of 50 cents per dollar contributed on that money, you will have $268,284 after 30 years, which is 5 and a half years’ pay for the same worker.

“You don’t need to save up as much. When your expenses are less each year, you can live well with a smaller nest egg in retirement. If you learn to live on $40,000 a year, even if you earn much more than that, you only need to save up enough to cover the $40,000 per year in retirement, not enough to replace your current salary. In fact, living on $40,000 per year, working hard to earn more than that and saving the difference is one of the fastest ways to retire early.

“It’s much easier to come up with income to replace the smaller lifestyle. A smaller monthly budget can also add to your peace of mind in retirement. When your standard of living is entirely dependent on what the markets do, it’s hard to not be nervous whenever valuations gyrate. But what if your spending is so low you can easily come up with the difference by working part time?? Obviously you can still aim big and try to get a large salary back. But if an easier to find and less stressful job can fulfill a possible income shortfall, then you don’t have to worry so much about investment performance and can concentrate on enjoying retirement.”