TRANSITION BOOMERS: ARE YOU CLOSING IN ON RETIREMENT? 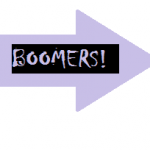 In a recent article in LifeHealthPro by Brian Peterson, he says, “delaying the retirement income conversation until retirement begins can potentially limit the opportunity to build a level of certainty into their retirement portfolio and help reduce the risk of volatility brought about by unpredictable market performance.”

This is especially true for the 55 to 65 year olds who are being increasingly referred to as “transition boomers.” They are moving closer to retirement and life without a paycheck.  Sometimes they don’t really discuss their retirement income until they are in transition.

The 2013 Transition Boomers and Retirement Income survey – conducted with more than 1,400 respondents between the ages of 55 and 65 – from Allianz Life Insurance Company of North America–show that transition boomers need more help.  If you are in this group and want to delve into a conversation with us about your retirement income, please don’t delay- we’re ready to guide you.

The survey shows that transition boomers have keen interest in these topics: