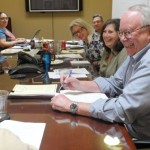 Will boomers really be able to work past 65? That’s the headline question considered in a superb cbsnews.com MoneyWatch column by Steve Vernon. Excerpts from the piece:

“Many surveys have found boomers saying they want to keep working in their retirement years, but there’s been much handwringing about their ability to actually do so. Indeed, a December survey from Transamerica Center for Retirement Studies provides mixed messages on this topic, offering reasons for both hope and concern.

“Almost two-thirds (65 percent) of workers Transamerica surveyed report that they either plan to work after age 65 or don’t plan to retire ever. This is consistent with several other surveys of older workers and not at all surprising given the widespread concern over inadequate retirement savings. Indeed, 62 percent of the workers in the Transamerica survey saying they plan to delay retirement cite the need for income or health insurance as their primary reason. Interestingly, more than one-third (34 percent) plan to work for enjoyment.

“On an optimistic note, almost three-fourths (73 percent) of boomers in the Transamerica study agree that their employer is supportive of delayed retirement. Even better news is that 88 percent of employers surveyed say they’re in support of employees working past age 65 and delaying retirement.

“So what’s the concern? The 2014 Retirement Confidence Survey from the Employee Benefit Research Institute found many older workers (49 percent) left the workplace earlier than planned. And they often left for reasons beyond their control, such as health problems (61 percent), downsizing or plant closure (18 percent) and needing to provide care for a spouse or family member (18 percent).

“Furthermore, many boomers report that they want to ease into retirement, by either taking on work that’s more satisfying or less demanding.

“Unfortunately, only 21 percent of the workers surveyed in the Transamerica report believe their employer will support them shifting from full-time to part-time work, and just 12 percent believe their employer will enable them to switch to jobs that are less demanding or stressful. Employers report somewhat less pessimistic views: 48 percent have programs to enable shifting from full-time to part-time work, and 37 percent enable their workers to take less stressful positions.

“The variety of messages indicate society is in a transitional phase regarding work and retirement, as individuals, employers and society collectively work out the implications of powerful economic and demographic forces currently at play.

“We’re evolving from a retirement system that arose in the mid-20th century, when lives were shorter, work was more physically demanding and work/life roles were more rigidly defined. In the 21st century, most of us will live longer, healthier lives than previous generations, and work/life roles are more fluidly defined. We’re saving less money with the shift away from traditional pension plans, but we have more responsibility for financing longer lives.

“The Transamerica report contains seven recommendations for employers to help their older workers transition into retirement, including:

“The report also provides six ways individuals can improve their retirement outlook, including:

“If enough employers and individuals take these steps, we’ll see significant progress during the next five to 10 years in the development of satisfying employment opportunities for older workers and smooth transitions into retirement.

“If you’re approaching your retirement years, one good step is to ask your employer for help. If you wish to continue working, ask about the possibility of continued work and reduced hours, if that appeals to you.

“The Transamerica study suggests that your employer’s answer may pleasantly surprise you because the number of employers reporting a willingness to employ older workers was higher than the number of workers who believe employers have that willingness. Over time, if workers demand continued employment and help with the transition to retirement, enlightened employers will respond.”