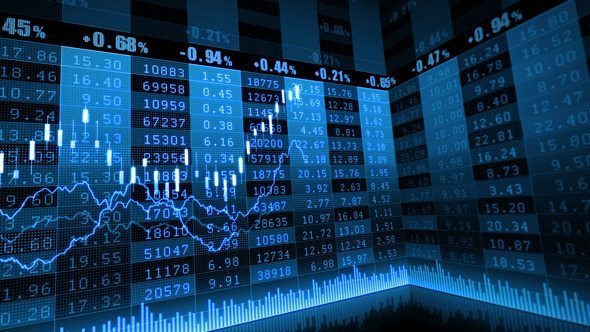 U.S. stocks notched their best quarter since 2013, buoyed by strong corporate earnings and economic growth and are entering the final three months of the year just below their records.  The S&P 500 gained 7.2% in the third quarter while the Dow Jones Industrial Average climbed 9%.  The Nasdaq Composite rose 7.1% extending its streak of gains to nine consecutive quarters.  All three major indexes are within about 1% of their all-time highs.

Analysts credit much of the economic growth to the tax overhaul passed last year.  The changes, which included a cut to the corporate tax rate, sent companies’ profits sharply higher through the first two quarters of the year, and analysts expect third-quarter earnings to be robust as well.

Investors face a number of hurdles in the fourth quarter, including a contentious mid-term election cycle and another expected increase in interest rates from the Federal Reserve.  But a strengthening U.S. economy is expected to keep the rally going and has been a key factor in helping investors look past the continuing trade spat between the U.S. and China and other nations.

U.S. stock-market investors are about to witness something that hasn’t been seen in decades: the creation of a new market sector.  The S&P Communications Services sector is a reshuffling of major industry groups that will impact some of the most widely followed and traded names on Wall Street.

The new sector will include companies that are currently in three different industry groups: telecommunications, including Dow components AT&T Inc. and Verizon Communications; technology, with Facebook and Google-parent Alphabet Inc. among the most high-profile names moving; and consumer discretionary, where Walt Disney Co. and Netflix Inc. are among the stocks making the shift.

The new sector includes both companies that facilitate communication operations, as well as ones that offer the content and information that is spread through various media.  The move was seen as a way to address how the primary business of different companies often span multiple sector categories and don’t always reflect the industry they’re currently classified in.

Two retirement bills winding their way through Congress’ legislative gears, The Family Savings Act and the Retirement Enhancement and Savings Act (RESA), include provisions related to RMDs, as does a recent executive order on retirement security from President Donald J. Trump.

To some experts, these developments signal that reform around RMD rules, which govern how taxpayers draw down their tax-deferred retirement accounts, is an important initiative for policymakers.  The Family Savings Act, which the House Ways and Means Committee passed September 13, would exempt retirees from taking RMDs if they have less than $50,000 in total assets held in retirement accounts.  Current rules mandate that taxpayers begin drawing down their accounts when they turn 701/2, regardless of the account value.  The bill, part of the Tax Reform 2.0 package, is expected to come up for a full vote in the House early in October.

Perhaps more important, the Retirement Enhancement and Savings Act, which has been introduced in both the House and Senate, would effectively scrap the “stretch IRA”.  The bill would amend RMD rules related to inherited IRAs.  Non-spouse beneficiaries who inherit retirement accounts with an aggregate balance of more than $450,000 would need to draw down the assets within five years after the original owner’s death.

Current rules allow those who inherit IRAs and defined-contribution accounts to “stretch” distributions over their life expectancy.  The bill would compress distributions into a much narrower window and could, for example, nudge individuals into higher income tax brackets.  There are a few exceptions in RESA for the disabled and chronically ill, minors and people who are less than 10 years younger than the deceased.

In addition to the recent legislative developments, Mr. Trump issued an executive order in August that was partly devoted to RMDs and called for Treasury to review current rules to see if retirees can keep more money in retirement accounts for a longer period of time.